ABB Ireland’s Business Development Manager Eddie Gough and Engineering Manager Martin Keane visited Limerick Institute of Technology this week to award ABB engineering bursaries to two apprentices on the B.Eng. in Industrial Electrical Engineering (Apprenticeship). The recipients of the bursaries Andrew Lane, Analog Devices and Albert Poole, Johnson and Johnson Visioncare, were presented with bursaries to support their journey to become an electrical engineer. Both apprentices are in the final year of the two-year work based apprenticeship programme. The apprenticeship from Limerick Institute of Technology is one of a range of new degree level apprenticeships being rolled out nationally. Developed as a progression route for a qualified electrician to upskill to an Engineering degree, it allows participants to maintain their current employment and earn while they learn. 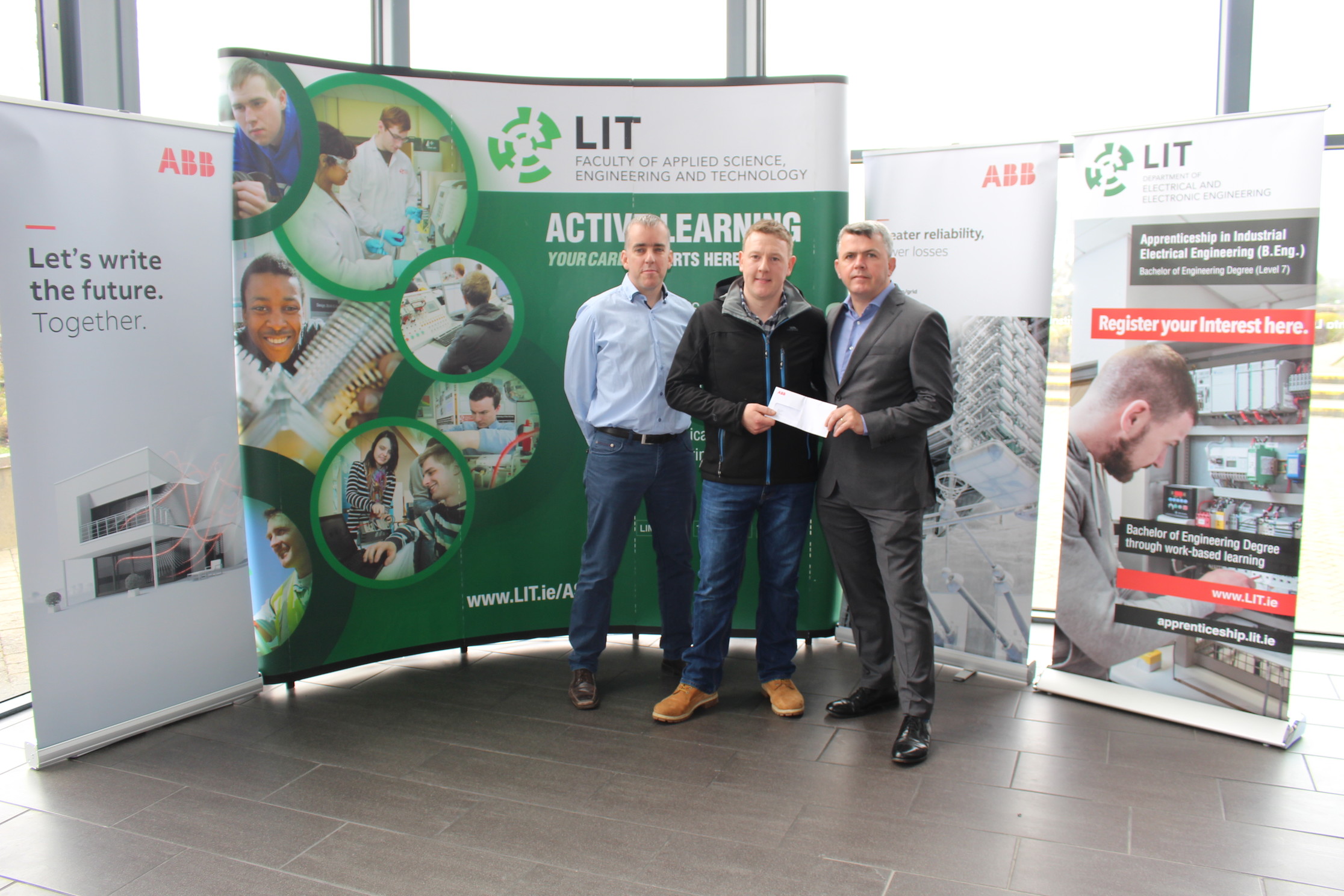 The opportunity to achieve a third level qualification while maintaining a career is very important to the apprentices. “I always thought about third level education but the idea of doing evening courses for 3-4 years to get a degree didn’t really appeal to me. This new Industrial Electrical Engineering apprenticeship was different in that you would be doing blocks in college and the total duration would be 2 years” said recipient Andrew Lane who has worked for Analog Devices for 10 years. 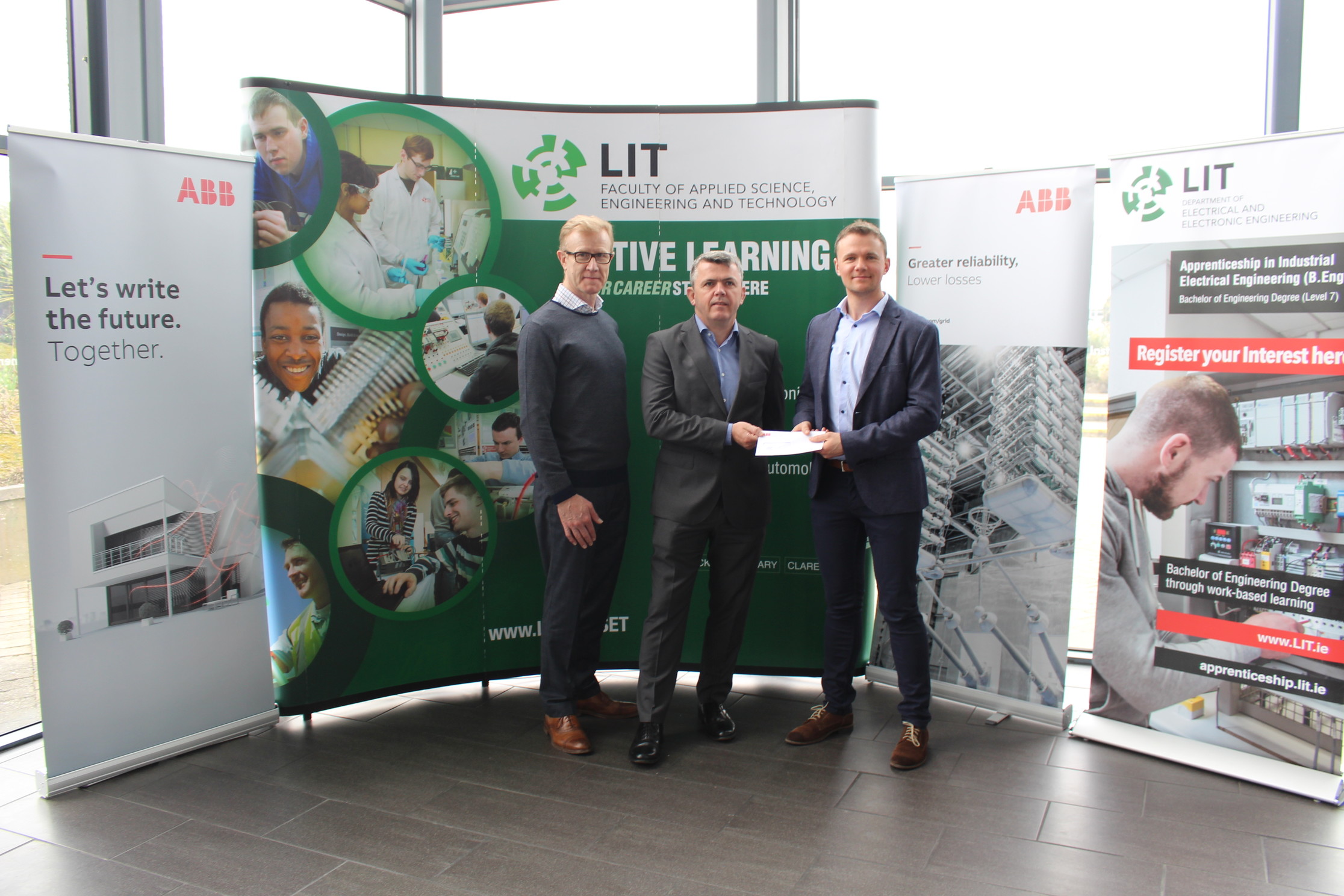 ABB is one of Europe’s largest electrical Engineering companies and operates in 6 locations in Ireland, working across a number of industries. The company sees the need for flexible progression routes for qualified electricians to upskill to an engineering qualification. Speaking at the event Eddie Gough (ABB) highlighted the benefits to Industry from engaging in this Apprenticeship and supporting students financially. 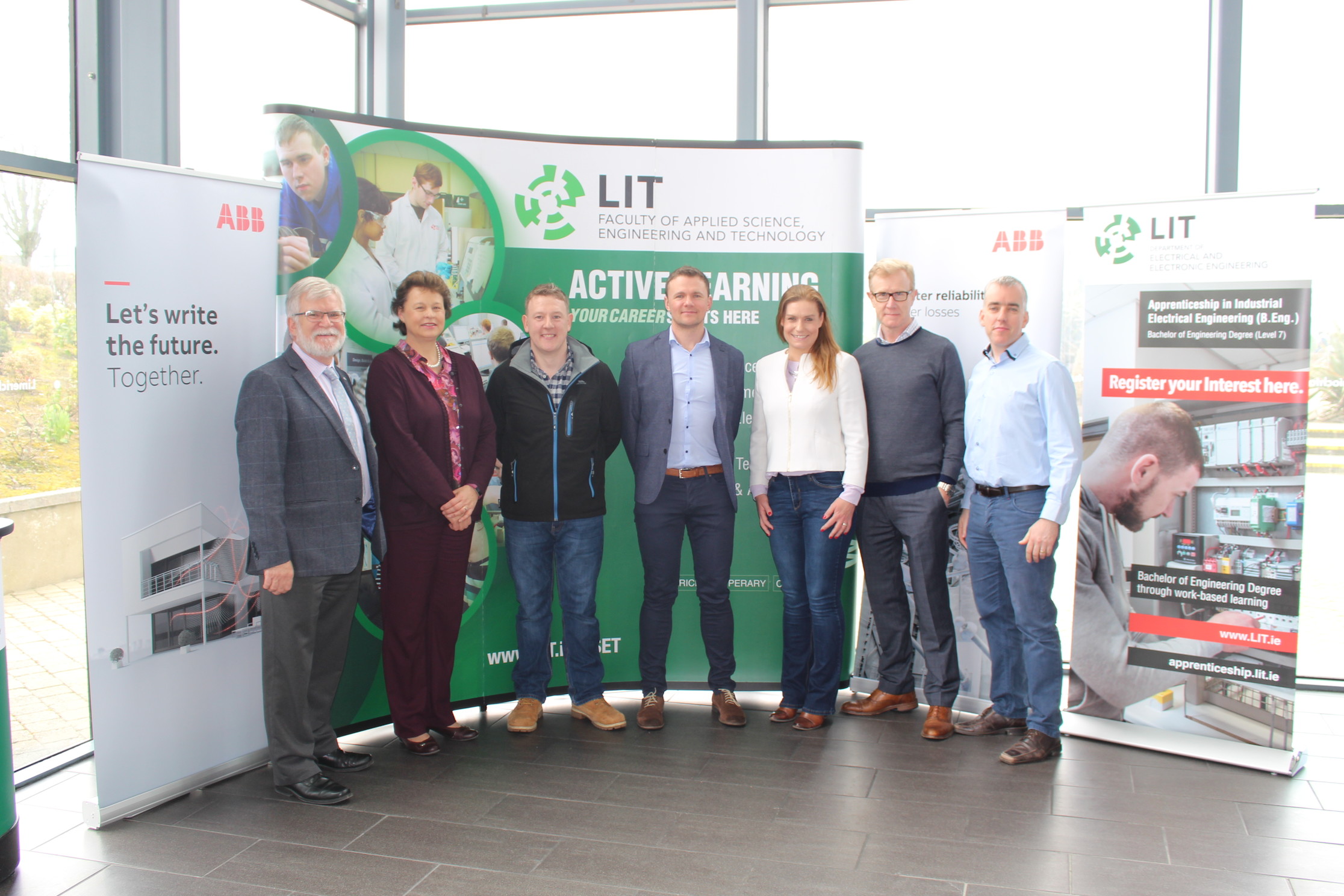 The application for the apprenticeship is currently open and interested companies and electricians can contact Limerick Institute of Technology.

Dornan Engineering launches scholarship for electricians to up skill to Engineers.